Did you know, some thousands of years ago, the very first drawing appeared on walls? Graffiti is an art.

BigAcrylic has written on graffiti before.

According to Wikipedia, “Graffiti is writing or drawings made on a wall or other surface, usually without permission and within public view.”

However, there are a very few people who know about the history of this art form.

Graffiti has existed since ancient times in form of simple written words, signs, proper sentences, or intricate wall paintings, where many examples of writings on walls were discovered by archeologists.

In this post we will talk about the history of graffiti art, how it originated, and the reason for its immense popularity today. 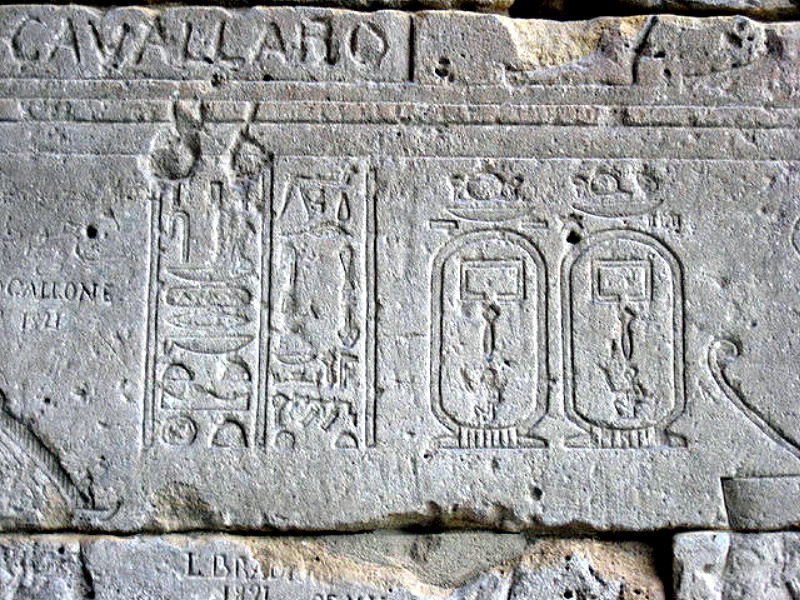 The word, ‘Graffiti’ and its singular form i.e. graffito have been derived from an Italian word, “graffiato”. Graffiato literally means scratched or carve.

On the other hand, a similar term i.e. “sgraffito” is also used coherently to Graffiti art which actually means the scratching of layers in order to reveal the hidden layers from the surface. This technique is popular among potters who seek to carve a design onto their wares.

However, the original word originated from Greek, “γράφειν” or “graphein” which means to write in simple words.

Graffiti in the form of wall writing that is traceable back to ancient Greek and Roman Civilizations. Different kind of scriptures, words, names and, signs have been found in the caves of such civilizations almost thousands of years ago.

Although these wall paintings cannot be termed as a ditto copy of modern art, somehow it still gives a very close idea that graffiti originated from Greek and Roman cultures.

Graffiti Not Limited to Greek and Roman Era Only

By studying the history of past civilizations, it becomes evident that the two dominant eras were those of Greeks and Romans.

However, this art form is featured in many other civilizations. An example of ancient Maya Graffiti is given in this regard which can be found in Guatemala. On the other hand, Viking Graffiti can also be found in Ireland at a place named Newgrange Mound.

Such early graffiti arts contributed in a way that it helped archeologists to understand the lifestyles and past cultures in the best possible way.

Different examples of this astounding art were also found in the Renaissance era. This era marks the rebirth of Knowledge in Europe.

In fact, different artists such as Raphael, Michelangelo, and Pinturicchio carved their names and paintings on walls.

Examples of this art are also prominent in ancient American history. The Independence Rock is thus a national landmark for America, and there are many name carvings on it.

So, that being said, this art was never limited to the Greek and Roman era only. However, both these cultures are specifically mentioned when we talk about Graffiti art and that’s because of its dominance at that time. 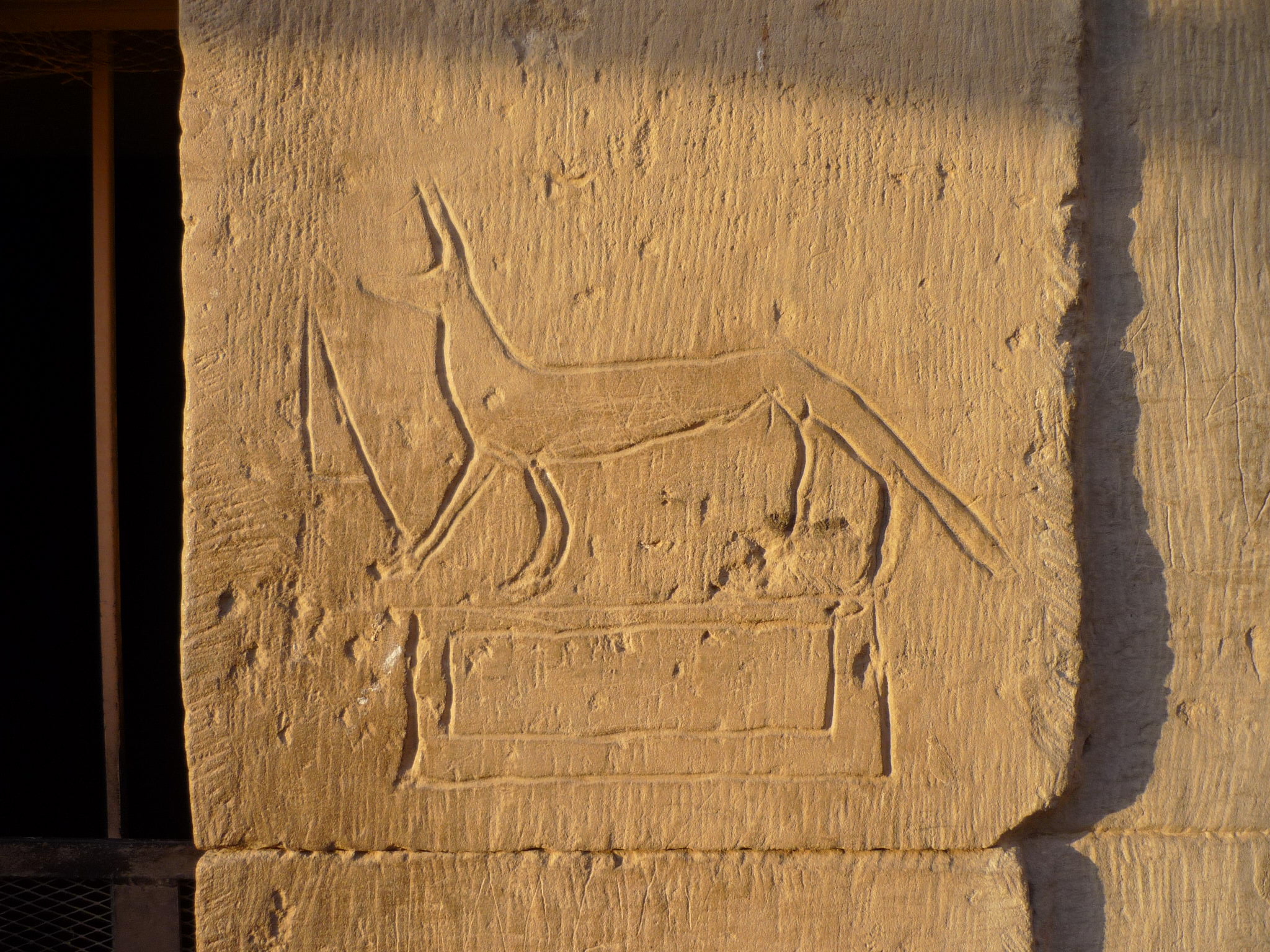 Wondering who are the pioneers behind modern graffiti and its popularity all around the world?

Modern graffiti has its roots right in the center of Philadelphia Juvenile correction facility. The whole madness started from a single word, “CORNBREAD”.

So, what is Cornbread and why it’s so popular in the history of graffiti wall art? Let’s shed some light on more facts.

Beginning of Modern Graffiti in 1965 by Darryl McCray:

Darryl McCray, now known as Cornbread, is considered to be the first modern graffiti artist in the world. He was a 12-year old teen who troubled the Youth Development Center (YDC) in Philadelphia a lot.

McCray possessed a love for cornbread. The obsession was so crazy that cooks at YDC often called him Cornbread.  This meal was his favorite. He was fond of eating it with his grandmother.

Popularity of Cornbread at YDC:

This new nickname got McCray like a hot cake. He decided to share the name with his fellows at the YDC. The name spread like a wildfire among his fellows. As a result, Cornbread writes his signature on the walls of the facility that feature gang symbols and names, etc.

The obsession of writing Cornbread was so high in McCray that some of the social workers at the facility almost thought that he had a mental disorder.

Popularity of Cornbread after his Release:

Things just didn’t end here. After the release from YDC facility, Cornbread started tagging the walls across the city with his signature name. In doing so, he also joined the future graffiti legends i.e., “Cool Earl” and “Kool Klepto Kid”.  His name appeared all over the city. As a result, Cornbread had grown popular in a matter of days.

The Cornbread symbol was on the rise all across the city. He also tried to impress his crush by writing “Cornbread Loves Cynthia” on blank canvases of North Philadelphia.

This plan worked for Cornbread. On the other hand, it also inspired other people. As a result, the walls across the city started filling up with names, symbols, quotes, signatures, and numbers, etc.

Fake Report of Cornbread Death and his Reply:

With the passage of time, Cornbread stopped tagging the walls of his city because of all the popularity. There was a fake report on Cornbread in which the reporter rumors that McCray was killed in a gang shooting. This report gained the attention of Cornbread and as a result, Cornbread decided to sneak into the Philadelphia Zoo and painted an elephant on both sides with the words, “Cornbread Lives”.

Cornbread is so famous that some of the guards at the correctional facility even ask him for autographs which indicates his huge fan following and undying popularity.

The Pioneer of Late 1960s Graffiti

A similar movement was gradually developing in New York City.

The pioneer or simply a legend of late 60s graffiti art is a kid whose name is Taki 183. In the 60s, he is a bored teenager and belongs to Washington Heights. The signature created by Taki traced back to his Greek Name and 183 was the street number where he lived.

Taki, on the other hand, arms himself with spray cans as well as magic markers. There was this hole in his jacket that allowed him to hide his hand while he was at the work. Taki also worked on the approach of Cornbread and he tagged subway cars, different lampposts, hydrants, and walls.

He wanted to become popular just like Cornbread. He chose to select the places where he wrote “Taki 183” carefully in order to make his work noticeable.

Taki is one of the first New York City artists and he manages to make this wall art popular among the masses. 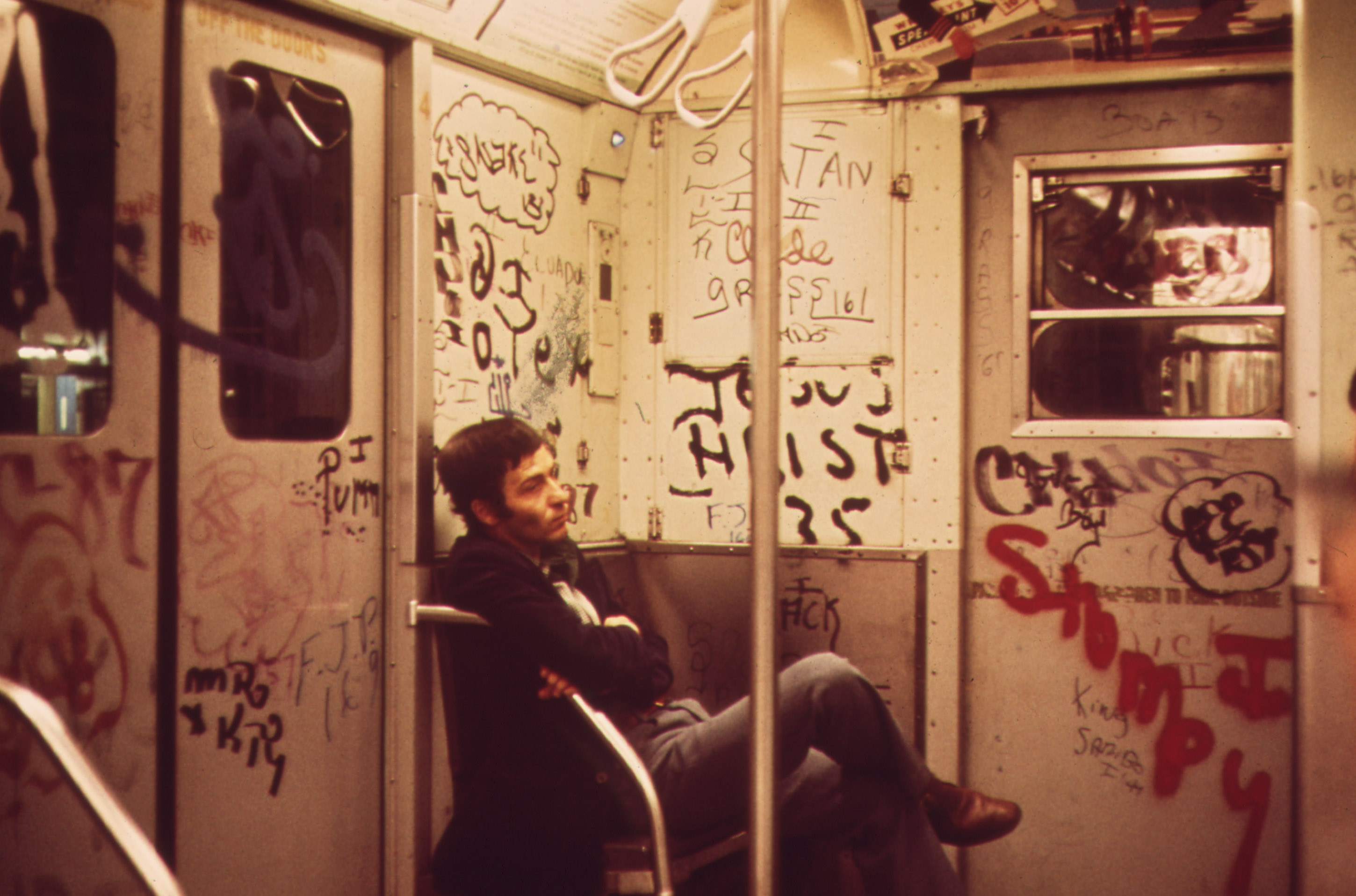 Development of Graffiti in the Early 1970s:

The glorious art of graffiti continued to flourish. As far as the 1960s are concerned, Cornbread and Taki 183 are the two prominent names who reach their peak of popularity even with limited resources.

In the early 1970s, graffiti writers pursue new and exciting styles.  The simple motive behind it for writers was to get instant glory. Many graffiti writers tried their level best to mark different places with unique designs, quotes and symbols.

Mid 70s and Beyond – Development of Bubbles and Softies:

The mid-1970s and beyond marks the beginning of stylish graffiti wall art.

However, with the passage of time, the use of street art became a political target across New York City when mayors John Lindsay and Edward Koch made an agreement to crack down on graffiti writers.

This imposed a serious threat to Graffiti writers. Subways worked as the main source of showcasing their talents. There was resistance from the writers; they protested in the form of different wall paintings against this crackdown. 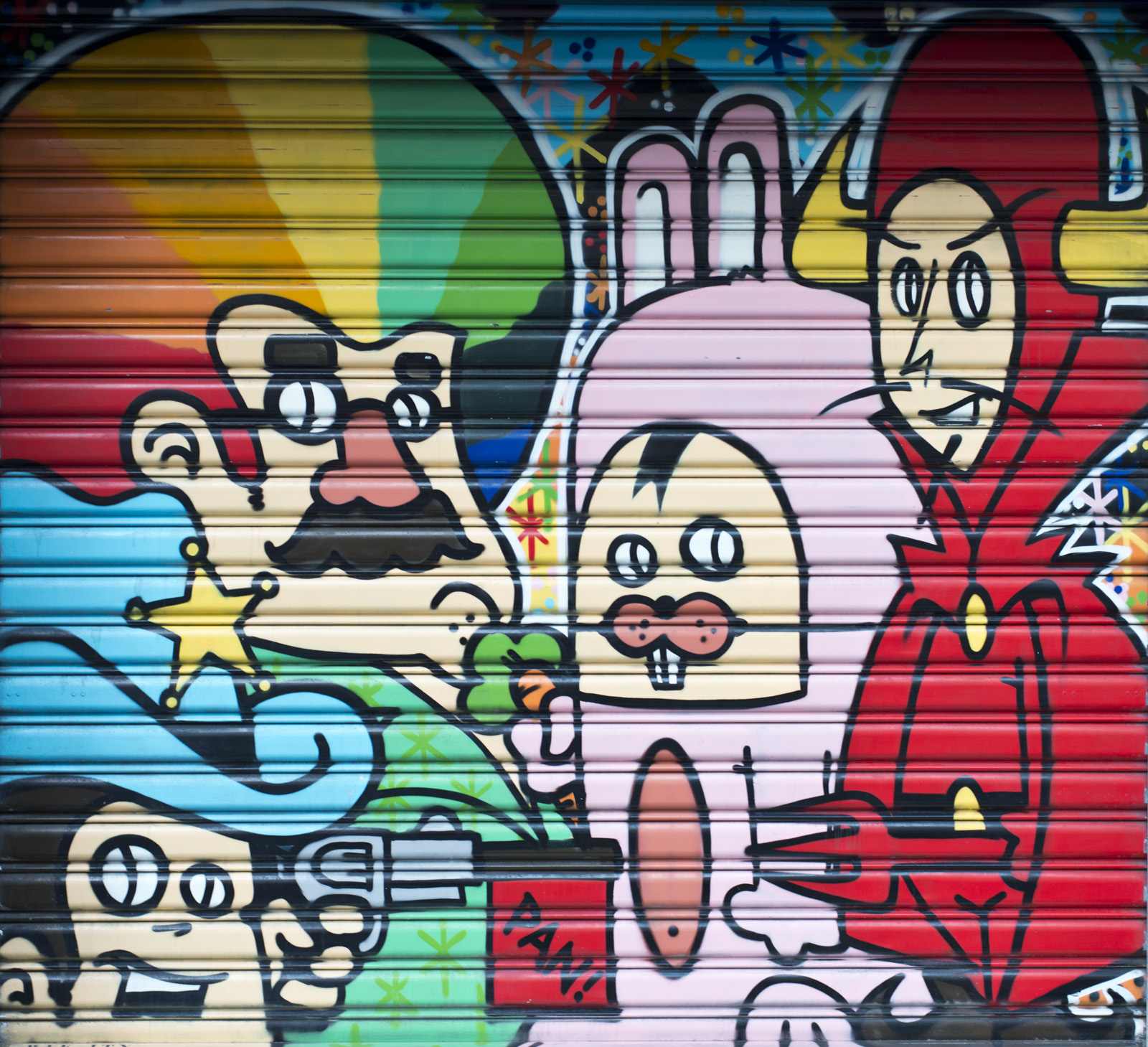 Today, this art form is a part of popular culture.

In short, it became a very in and trendy thing.

If you enjoy graffiti as much as we do, consider bringing it to your home or office. Graffiti works very well as an acrylic picture.

Hi, I’m Mark, If there’s anything we can help you with please don’t hesitate to contact us.

We answer phone calls and respond to emails within minutes.

We guarantee your utmost satisfaction on all of our products. If for any reason it did not arrive as expected, please contact us.

A back frame is glued to the back of your print to
float it off the wall by 3/4″ of an inch. 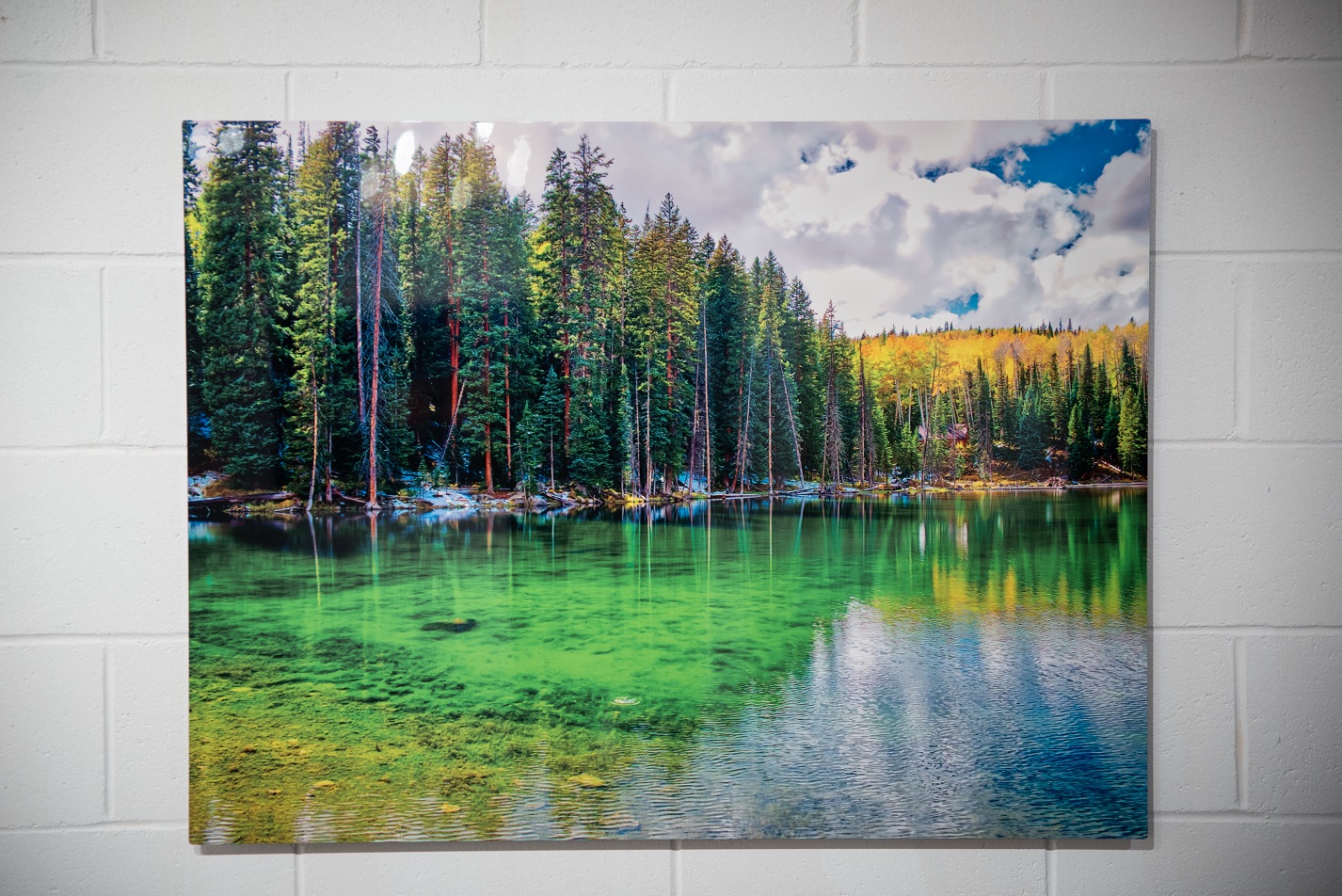 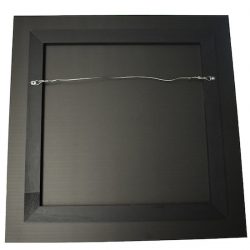 Your metal print lies within
a 1.5″ inch black float frame. 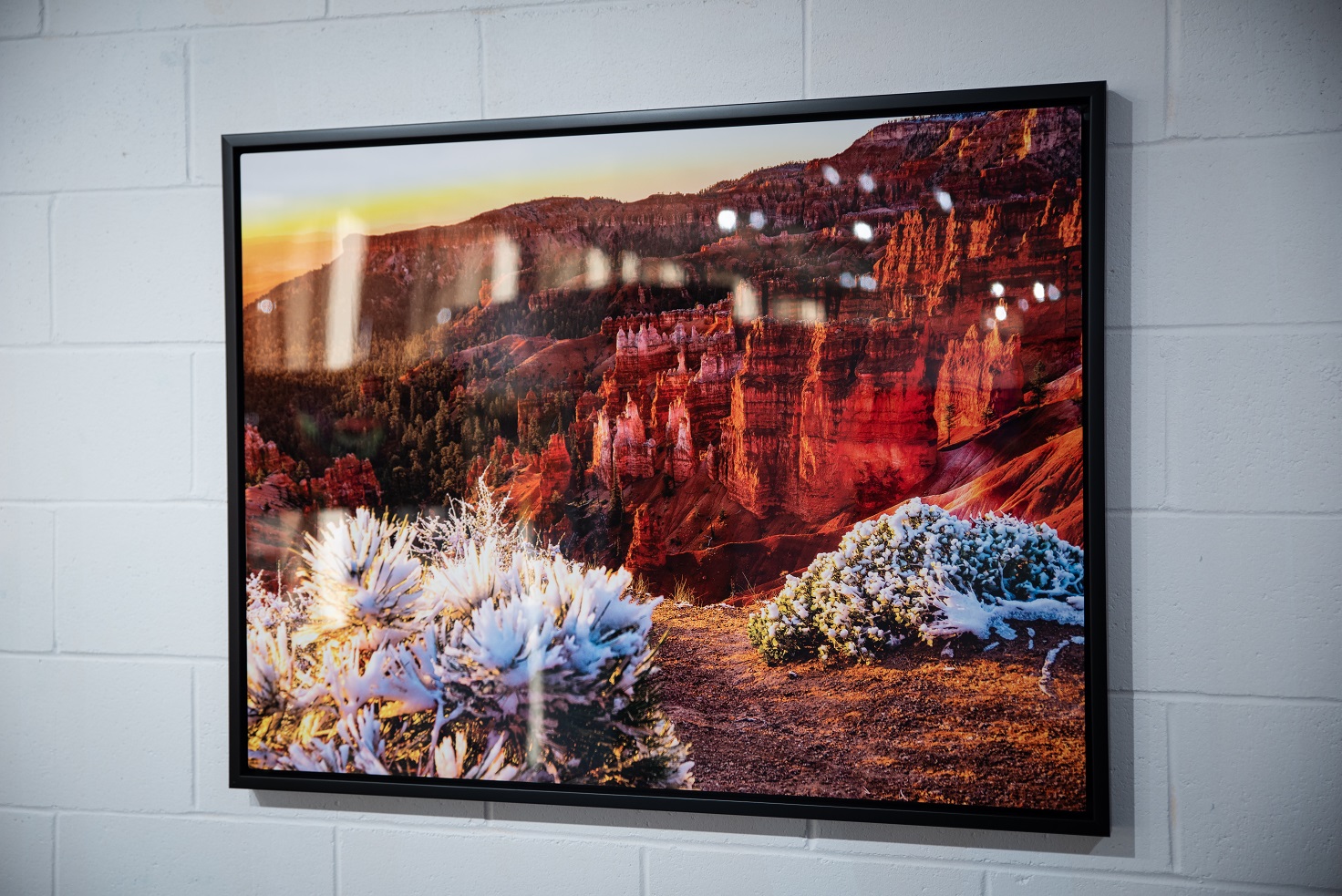 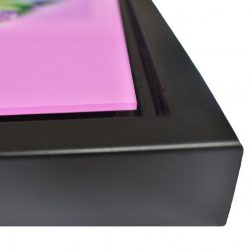 A back frame is glued to the back of your print to
float it off the wall by 3/4″ of an inch.

Your metal print lies within
a 1.5″ inch black float frame. 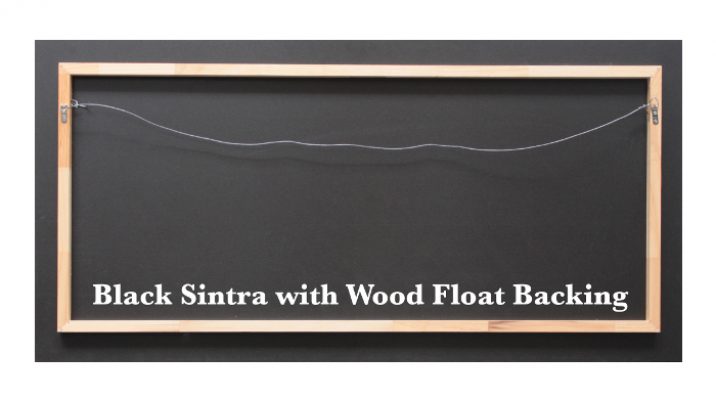 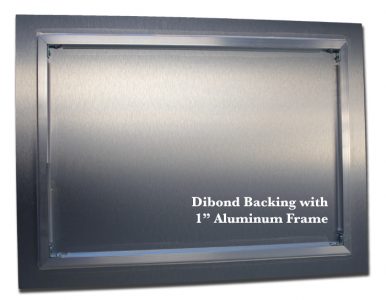 If you are accustomed to the organic method of printing your images on photo paper then this may be a great alternative. Colors are vivid and luminous and the Acrylic adds an extra “pop” factor. Acrylic face mounts although costlier then acrylic printing is a marvelous way of displaying art in a gallery section.

There are three display options to choose from. Having trouble deciding? Our most popular request is the float-off the wall option in 1/8-inch Acrylic. It enables a strong support especially for large pieces.

Four brushed standoff screws secure the print to the wall. 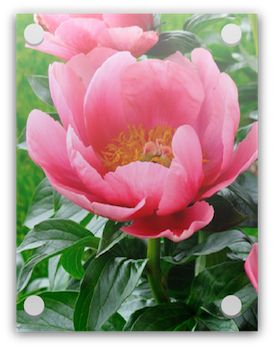 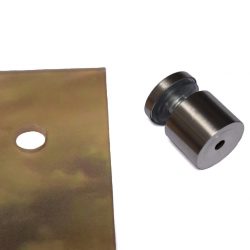 A block is fastened to the back of your art print to float it off the wall by a distance of one inch. 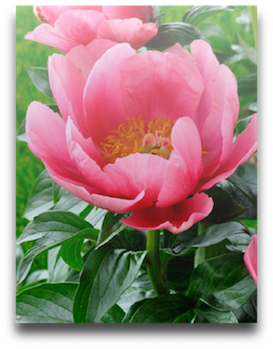 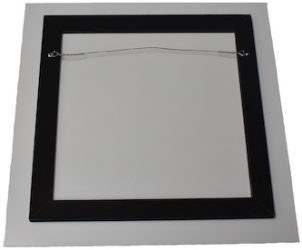 Your art print is mounted to the wall by floating in a traditional black frame. 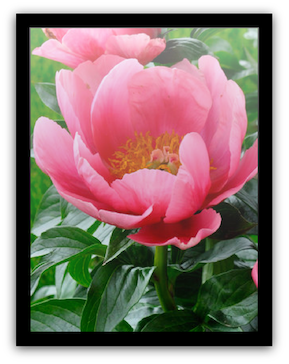 We offer 1/8 and 3/16, inch acrylic panels.
Acrylic prints will receive a treatment to smooth the edges.
Your image is able to spread to the very ends,
creating a translucent effect on all sides.

For a contemporary style, photographs on aluminum is ideal. Unlike Acrylic Prints, the outcome is a matte versus the shiny gloss, allowing for stark contours and rich colours. However, if you enjoy the glossy look, we offer a special varnish to make that happen!

For vivid colors and a high contrast ratio. 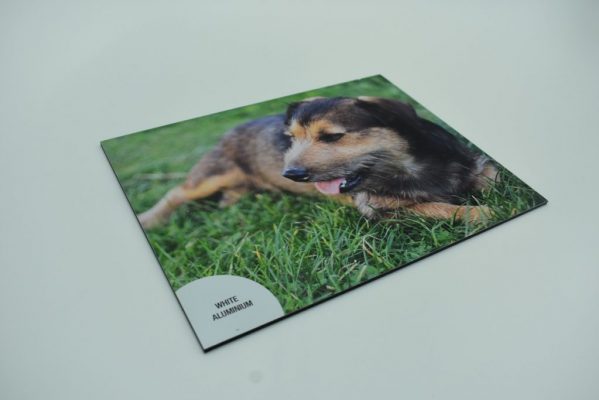 A textured, brushed metal for a distinct look. 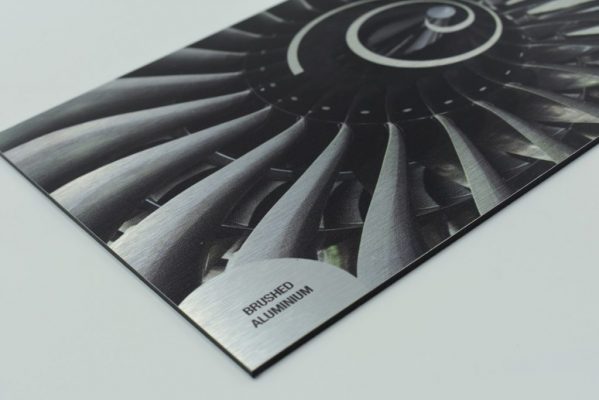 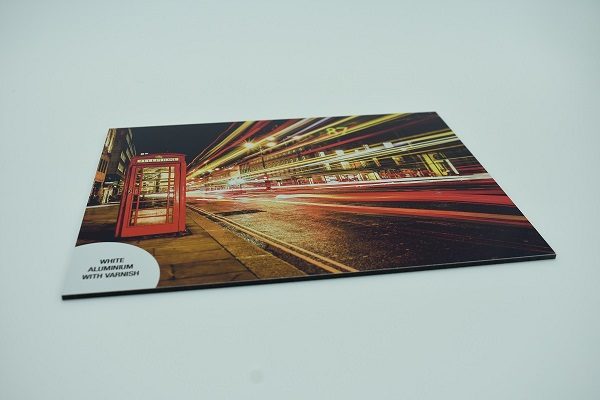 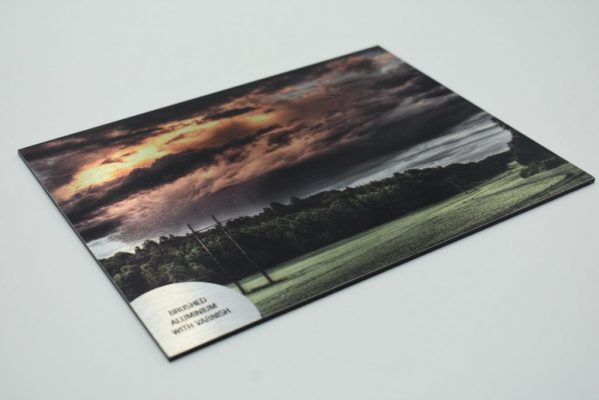 Our most popular choice is the 1/8 inch. Yet, it is personal preference, for the thickness an Acrylic does not alter the quality of an image.

There are three display options to choose from. Having trouble deciding? Our most popular request is the float-off the wall option in 1/8-inch Acrylic. It enables a strong support especially for large pieces.

Four brushed standoff screws secure the print to the wall.

A block is fastened to the back of your art print to float it off the wall by a distance of one inch.

Your art print is mounted to the wall by floating in a traditional black frame.